I’m always pestering ULI for new boards and Jim,Chris and the guys being the nice people that they are sent me a pre-production prototype to shut me up for a while.

As I started writing this (Late November) I still do not know how much of it, if any is going to be published. As mellow and easy going as the ULI guy’s are when a board comes with a warning like –

‘Ride it and enjoy it – but photograph it, forum it, it or blog it and we will send the Steamroller around for some personal correction therapy!’

– well you just don’t argue with that – do you? Jim finally gave me the green light following some customer requests for shorter boards and some ‘spyshots’ breaking cover on the Standupzone relating to a thread started by alap – another avid ULI fan. Reading this thread makes you realise how strong the vein of ULI brand loyalty runs through their customers. ULI make you feel like one of the boys.

The thing is the inflatable standup market is becoming quite a crowded place and although some of the raw products may originate from the same factories the subsequent work and tuning that is done on the boards does make a difference, resulting in the endorsements and inputs from shaper’s that ULI have been involved with, like Gerry Lopez and in this case Mickey Munoz – there I’ve said it. Thats the sort of thing that sets these boards apart from the others and in the pre-production stages creates the need for an element of secrecy in order to maintain a commercial market advantage. 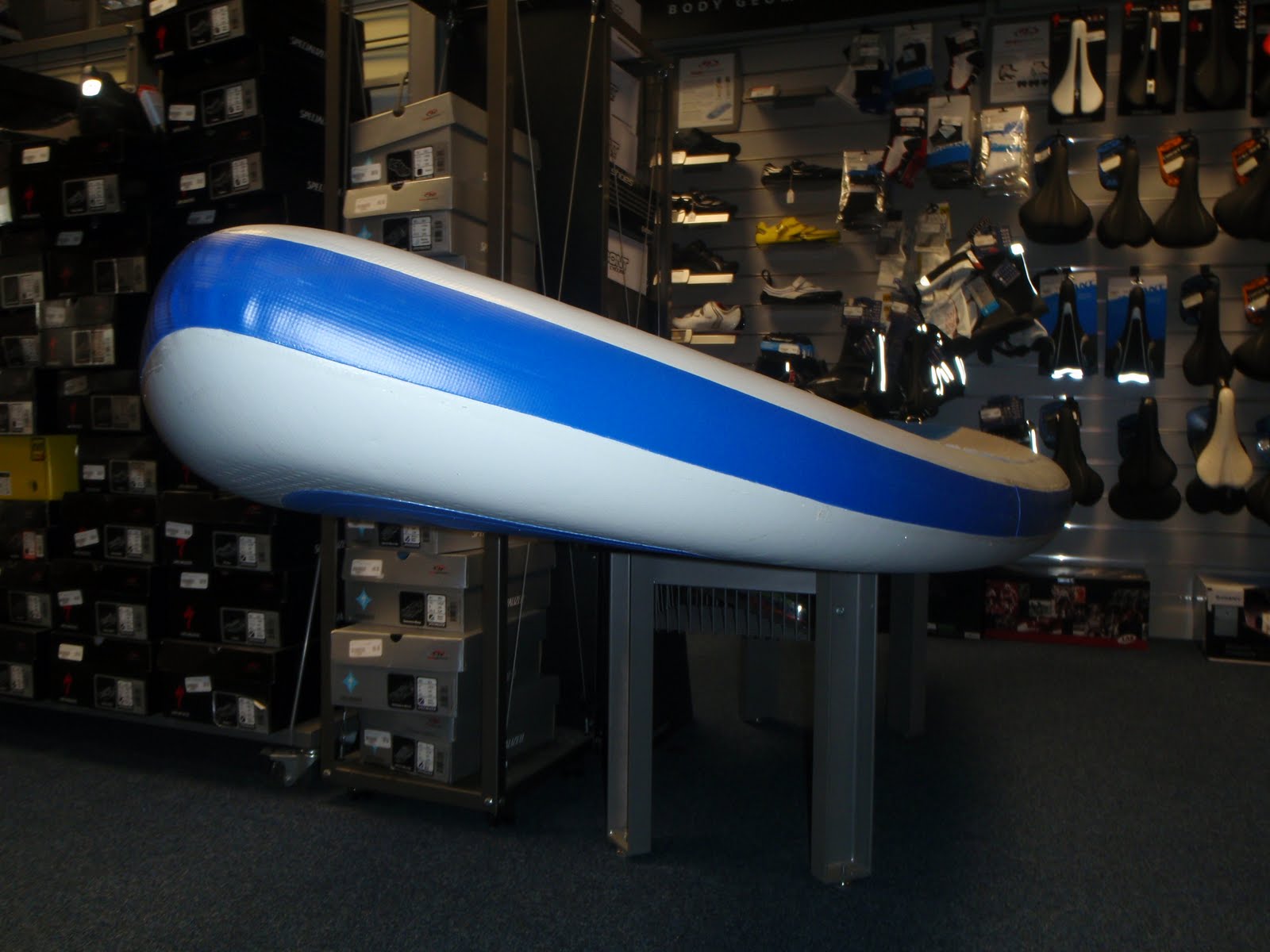 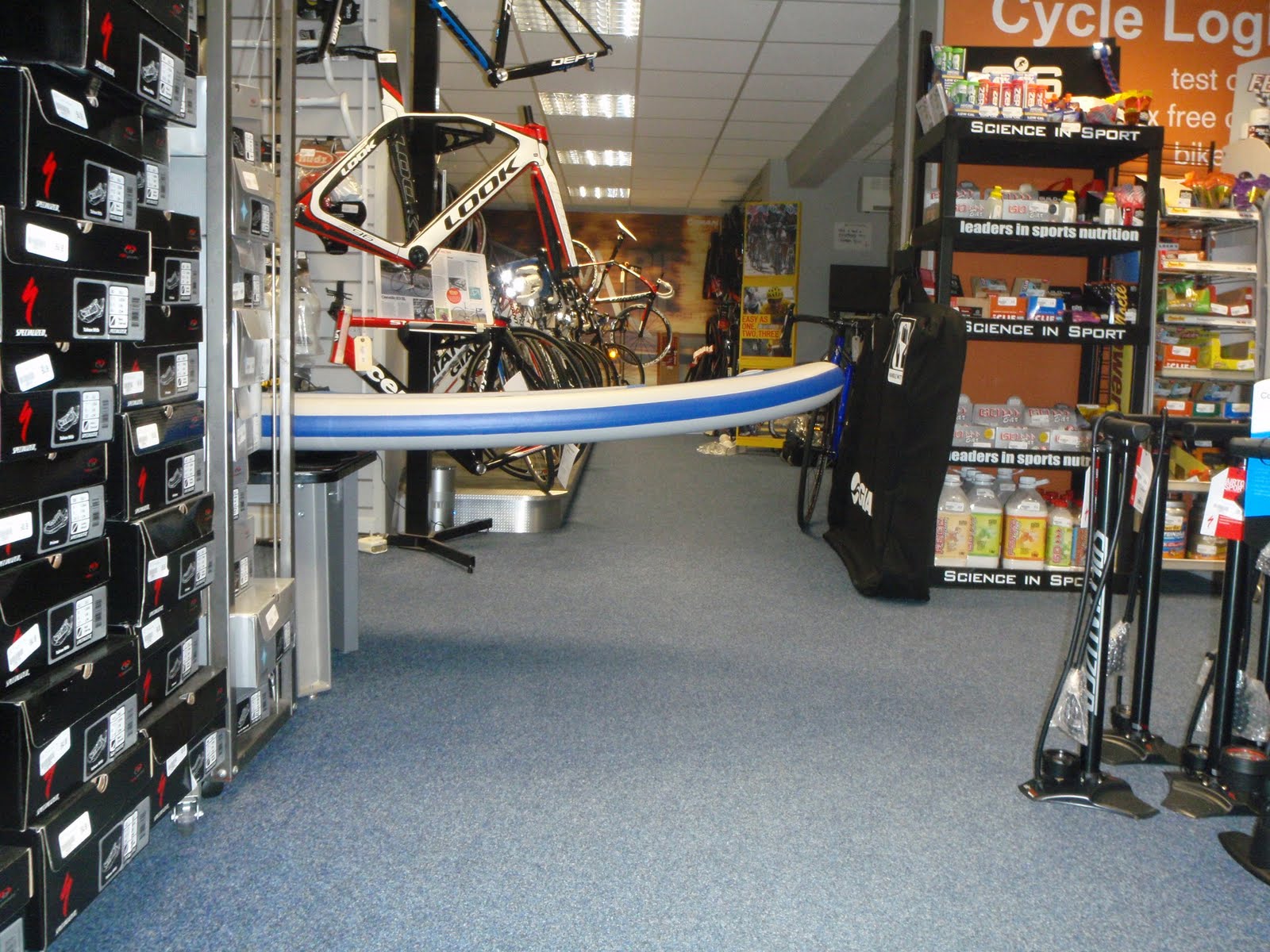 Those figures would make pretty exciting numbers for a hard board I was worried that the board might not even float me. My fag packet maths put the volume at around 100 – 110 litres – pretty much borderline for my weight at 90kgs.

First time out was during that long spell of Easterly airstream that we had during November – barely any swell and glassy. I struggled to find anything more than a lazy knee high bump but you know what it’s like when you have a new board and desperation sets in.

The board floated me – some of the deck was just above the water but I was definately on the dry side. The side to side ‘tip to recovery’ point was incredibly sensitive and although I thought that I was used to fairly small tippy boards this one was going to be a challenge for a while. The board is unbelievably light, 16lbs on our shop scales and this was also noticable on the water as the boards reaction to paddle strokes was instantaneous. 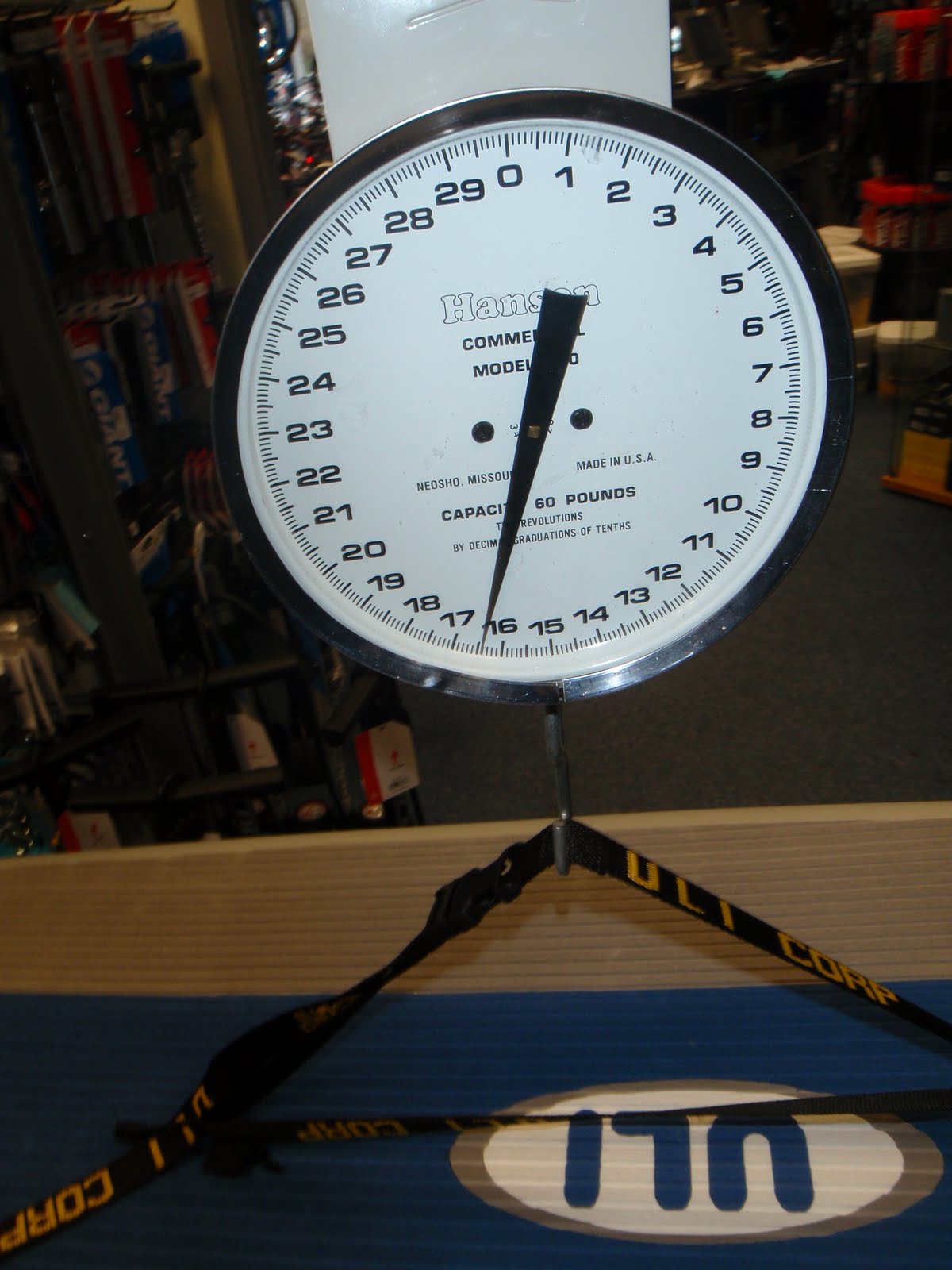 Don’t get me wrong the board tracked straight and true and I could easily paddle half a dozen or more strokes on each side but dig the paddle too deep or too wide and she would either tip or turn – no messing. Stationary stability was hard to judge given the conditions, absolute glass, however get the board moving and she felt fine.

The 4-5″ of nose rocker made light work of the knee high wash that was pushing through the inside section. Waves were tiny with barely enough power to tighten the board up however I caught a few ripples and was stunned at how easily the little inflatable accelarated and caught the bumps however the waves were so slack I was struggling to work them to any degree and fell frequently. The nose, although narrow, held firm and was stable paddling in and did not show the tendancies of my Naish boards to ‘dive away sideways’ if I got the entry wrong. The session was too short and lacking in any significant wave power to come to any significant conclusion about it’s surfing performance however, if anything it felt a bit lack lustre in the tiny slack conditions.

DECEMBER 6TH SUNDAY
Just got back from my second session on the MUNOZ. Managed a little session last Sunday in tiny clean ankle slappers, I thought then that the board was a bit tippy and that it was fairly hard work even in super clean conditions.

TODAY however was a totally different story. This board is a beast. We had a bit more swell to deal with, still very clean and small, sort of waist high and a bit on the sets but what a difference some speed and punch makes to the board. I was able to make a total pig of my self and caught everything going. The ability for it to turn both on and in front of the waves is nuts. I was in with a couple of freinds who are just starting out with stand up. Sam had a 10′ x 30″ fish (local home grown board) and Phil borrowed my 9’3″ Naish Hokua. We swapped around boards during the session and honestly the best tool for the job was the Munoz. My Naish is a real hi-performance board lots of nose rocker and tippy as hell. I would normally ride it in most conditions but the Munoz was just a wave machine today. Even Sam who had a quick go on the Munoz found it easier than her 10′ Fish. I think that ULI have got a winner on their hands with this one, they would need to pitch it at the lighter or more experienced user, but honestly it’s one of the best boards that I have ever ridden, no bull I am serious. It has a real longboardy feel about it yet it will snap ‘flat’ turns on the wave so easily.

If I was super picky I would say that it could possibly do with some tweaks to the fin placement. I not quite sure why but I seem to ‘loose it’ a bit if I try and crank it around super hard on it’s rails. The Naish or the Lopez will take it but this one washes out a bit soon, possibly needs the front fins pushed forward some or maybe even a quad set up?? Or maybe I just need to ride it a bit more. I had some of the longest cheater fives on it today and dont think that it would take too much for me to get the fins out and spin it, amazing. I dont think that you would need to do too much to this one to make it perfect, thats perfect compared to any board not just inflatables. Perhaps if it was a inch wider it would have a broader appeal but as it is it could easily double up as a travel longboard.

The way that short performance sups are taking off at the moment I think this would compliment anyones quiver and give them a travel board to boot. In fact thats how I would pitch it

‘A performance Standup – that just happens to be a travel board as well’, this puppy is a real peach and it’s definetly going to Nicaragua with us. I love it

OK This was all written before January but kept as a draft until the cat was out of the bag.